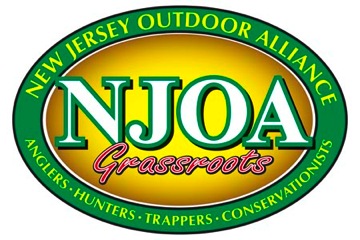 The NJOA has been informed that three (3) new Assembly Co-Sponsors have signed on to Bill A1152, which prohibits the use of certain fishing gear on artificial reefs. The new total of Co-Sponsors is 54, which is more than 66% of the entire Assembly.

Anthony P. Mauro, Chair, NJOA (CF), said, “Our thanks goes out to both the Senate, which overwhelmingly voted in favor of removing the traps from the reefs, and the Assembly with 54 co-sponsors of Bill A1152. To have 54 co-sponsors signed on to a piece of legislation is unprecedented for a fishing issue. It sends a clear message of strong support to have fixed gear, also known as traps, removed from artifical reefs.”

Captain Pete Grimbilas, President, NJOA CF and Reef Rescue said, “It  is interesting, but not surprising, that support for the Traps Off the Reefs  bill is coming from all over the state, even up in northern counties. The reasons are clear; people from all over New Jersey visit the shore to go fishing and when they experience the problems caused by traps they react by contacting their legislators. Recreational fishermen and women understand that it is their tax dollars that fund the reefs and not the commercial industry, an industry that covers nearly all of the reef structures with traps and lines. Our legislators are responding because they understand that removing the traps is the right thing to do.”

The NJOA (CF) asks that people take a moment to thank Assembly representatives for recognizing that removing fixed gear (traps and pots) is the right thing to do.

An Action Alert will follow shortly instructing people to ask Speaker Oliver to allow a floor vote on Bill A1152, prohibition of certain gear on the artificial reefs.

The list that follows includes the Assembly members who are Primary Sponsors and Co-Sponsors of Bill A1152.

You can contact your Assemblyperson and ask that they become a Co-Sponsor too – or thank them if they are already a Primary Sponsor or Co-Sponsor by taking the following steps:

1. Go to the following link and click on the town where you live.

2. Click on the District where you live.
3. Call the phone number next to your Assembly representatives (there are two).
4. Ask them to be a Co-Sponsor of Bill A1152 (Prohibits the use of certain fishing gear on artificial reefs). Let them know that you support Bill A1152.

NJOA (CF) Council members supporting “Traps Off the Reefs” are: